Since Mandi is gone having a girls’ weekend in London, I decided that my schedule really isn’t important, so I awakened my nocturnal side and explored the city.

After the bombings of WWII, this organ (great as it is) pales in comparison to the original organ from the 17th century.

Unlike the (fun) chaos of the disco, the pipes bring order and harmony to their listeners.

Stained Glass patterns look much different without the sunlight shining through.

The evening started with a visit to the Marktkirche (the market Church) for an Organ concert – the most pleasant part of the night. I asked myself why someone would want to come all the way to an old brick church to hear the music when they could get it from their iPod instead, but as soon as I felt the resonating tones in my ears and in my feet I remembered how silly of a question that is.

Hannover is small enough that you can walk through just about every street downtown in a single night, quite a contrast to the likes of Tokyo. There was a surprising amount of activity on the streets that lasted from the time the lights went out up until the bakers turned them back on. Despite the darkness (businesses and buildings turn their lights off at night, unlike in the United States) it felt incredibly safe. 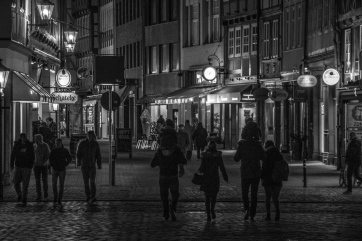 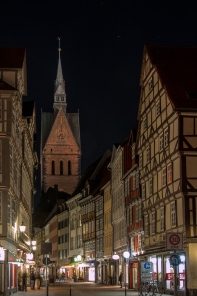 The Altstadt, or old city, still has some very old half-timber homes mixed in with the ones that were reconstructed after the war. 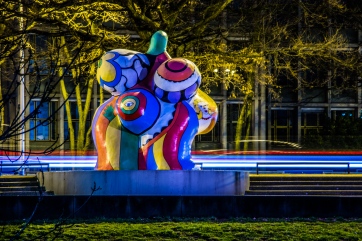 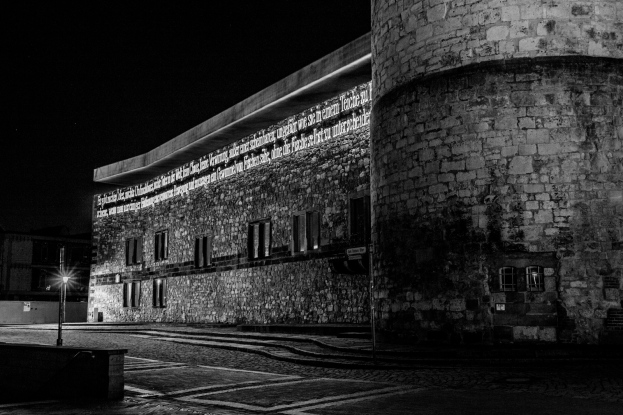 My journey ended back at the main train station. The youth of the city and region around Hannover have taken over this block with lights and music and partying, which was actually quite a bit of fun.

I love taking these walks and getting some great pictures, and it’s something that’s hard to share with someone who isn’t also there with their camera. During the daytime I’m always on the lookout for a place that might look good at night for a photo so I can be efficient, but it still involves lots and lots of standing around waiting for the camera to do its thing, making small adjustments when it’s not exactly right.