When did I even get here? It’s been at least two weeks, I’m pretty sure. Things have really flown by since settling in out here in the American Southwest. This is the first time I’ve really sat down to blog since arriving; the first time to pause and reverse the trend of cramming stuff in for later processing. It’s a beautiful day for it too: it’s sunny and 91º outside as usual, traffic passes by in front of the window here at the Sparkroot café while Lykke Li sings about the little things, and I am supposed to be doing a full tune-up of my bike at the local community bike workshop.

The first part of this story is familiar to many of you: assembling furniture, unpacking, and settling in. After spending more than a year with not much more than my backpack and laptop you can imagine how overwhelming that was. It took us about a week to get everything together and in its place. 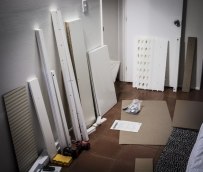 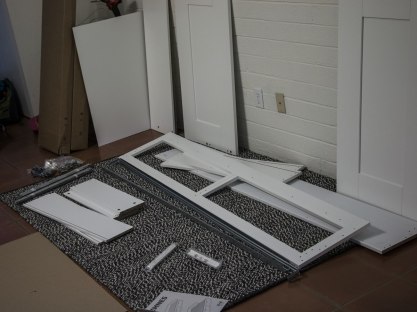 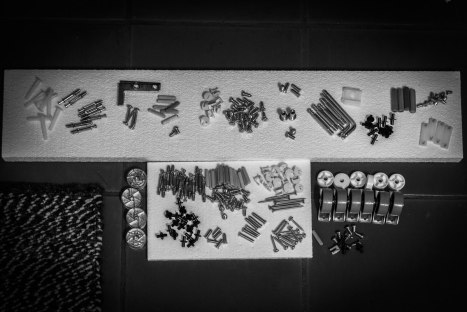 We found some used Schwinns on Craigslist that have been great assets, even if they do require a little bit of love. My brakes have gone out a few times but luckily the intersections were empty and the approach uphill (they are fixed now). Tucson has great biking opportunities and great bike laws though the drivers aren’t too accommodating. Pretty much the only thing we can’t do without a car is bring home ice-cream from the grocery: but fear not, reader, because I have an ice-cream maker with two freezable bowls that would let us make ice-cream ’round the clock if we wanted. Tragedy avoided. 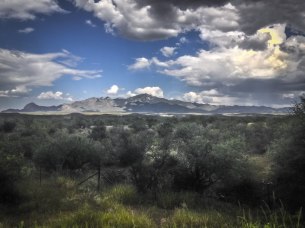 Near Tubac, south of Tucson 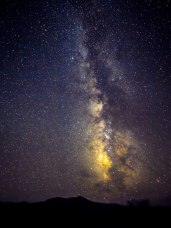 Our home in the universe, the Milky Way, as seen from Earth, Kitt Peak, East of Tucson 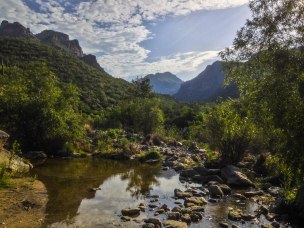 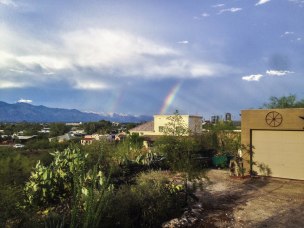 One (two) of the daily rainbows that greeted us during the monsoons.

The city of Tucson has pleasantly surprised us with what it offers. I’ve already attended five different programming–related meetup groups in the city and the coworking culture here is active and plentiful. In contrast to life in Hannover, there has been no lack of coffee-shop with power and Internet access, open restaurants, coworking labs and facilities, all within about a fifteen minute bike-ride from home. On my birthday we will be attending the German language meetup group here for a night of speaking German and sharing in stories of life in the land of Spargel (asparagus) and Currywurst. There are several different theaters in the downtown area, a thriving art community with frequent live-music and collaborative art studios. Of course, we also have the mountains surrounding us and greeting us daily.

Mandi starts school on Monday with all the other thousands of students and life enters the routine. My wanderlust has already started itching but the ability to have a stable and clean home base is comforting. I’m just hoping another one of my friends gets married soon in some exciting exotic place or I get invited to a conference across the world to give me an excuse to do it all again. Here’s looking at you, WordCamp Europe 2016!

Who knows what the next year will bring. Last year was a big year and was more eventful than probably the rest of my life. Growing up it was hard to believe I’d ever get much further than a day’s worth of driving could take me. Now I only hope that I can continue my adventuring and this doesn’t turn into one of those things you do once in a lifetime and repeat the same stories forever. I do have my next mini-adventure already planned: I’m going to drive up to our all-company meetup with a coworker from Albuquerque and we are going to go off-road and explore the territory (he also came from the other half of the country). So maybe you will and maybe you won’t be bored of my updates here.